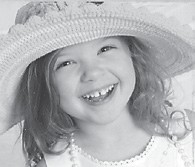 FOUR YEARS OLD — Francesca Elizabeth Crovetti celebrated her fourth birthday July 31 with a luncheon at American Girls Café. She has a brother, Kincer, 9. They are the children of Dr. and Mrs. Greg Crovetti of Elmwood Park, Ill. Grandparents are Gene and Carol Crovetti, Deerfield, Ill.; Kay Amburgey, Lexington; and Greg and Becky Amburgey, Whitesburg. She is the granddaughter of Mae Amburgey of Ermine, and the great-niece of Carl and Marsha Banks of Whitesburg.

Elsie Banks enjoyed two nice phone calls from Tennessee Sunday from her niece Christine Gatton and Charles Pitts Jr. It’s always good to hear from those who live away.

Cowan Community Center day camp participants held “Christmas in July”. Students made ornaments and packaged fruit and candy to give out. They visited with the seniors at Kingscreek-Cowan Senior Center, and several others along Cowan Creek and Little Cowan. Hazel Rayburn, Jeanette Dollarhide, Ella Preston, and Elsie Banks were some of those visited.

The Adkins family reunion was held at Hubert Hall’s on the first weekend of August. Many attended from several states and also from France and South Africa. From France came cousin Fred Adkins and wife and from South Africa were Fred’s sister and her husband Luann and Walter Baur. They had not been here for three years. Bennett Combs’s and Hubert Hall’s uncle Roy Adkins was here from Wisconsin.

Regina Crawford and Ramona Finchum and daughter Calla came in for the get-together. Calla was also visiting her grandparents Bennett and Linda Combs last week. On Monday, Linda and Calla enjoyed going to Eolia. 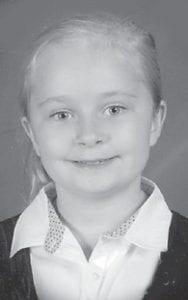 SIX YEARS OLD — Lindsay Jane Baker celebrated her sixth birthday August 13. She attends Martha Jane Potter Elementary School and is the daughter of Wendell and Louetta Baker of Millstone. Her grandparents are Charles Ballou of Kona and the late Linda Ballou, and Edith Baker of Millstone and the late James Baker. She has two sisters, Santana Baker and Brianna Baker, both of Georgia. She celebrated her birthday with a ‘Rock and Roll’ party with friends and family.

Happy birthday to Calla Finchum on August 29. She will be 13 years old.

Ramona Finchum came in last Wednesday to take her daughter Callie back to Louisville. They were going to Santa Claus, Ind., to a theme park on Sunday.

Ramona is hoping the Whitesburg High School Class of 1980 can have a get-together around Mountain Heritage tie. She is on Facebook.

Regina and Robby Crawford’s son Dustin and his wife Jenna recently vacationed at Savannah, Ga., and really enjoyed the sights and food there.