Can Jesus save good people? 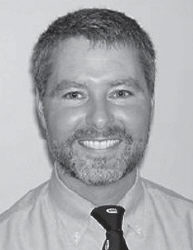 I realize that in a relative sense there are good and bad people. There’s a difference between an honest man who provides for his family and a man who murders or steals. I admit that I say “good boy” to my son when he eats all his vegetables. But most of us are far too careless in our use of the word “good.”

This is seen in the attitude of the rich young ruler. Jesus responded to his thoughtless use of the phrase “good teacher” by saying, “No one is good but One, that is, God” (Mark 10:18). We, like the self-righteous young ruler, use the word good far too carelessly. And we do it to our own harm.

There is a great deal of truth in saying that Jesus cannot save you if you are not a bad person. In Mark 2:17, Jesus made it clear that He came to save bad people, “Those who are well have no need of a physician, but those who are sick. I did not come to call the righteous, but sinners to repentance.”

Jesus was responding to the self-righteous Pharisees who criticized Him for eating with “tax collectors and sinners” (v.16). He rebuked them by telling them that “sinners” are the very people He came to save. In other words, He came to save bad people, those who are morally sick. That means you must be bad to be saved. Christianity is a sinner’s religion.

Now don’t misunderstand. Jesus knew that everyone was sick. But the Pharisees didn’t think they were. His was making the point that unless they saw themselves among the sick and sinful, they could not be saved. The point was lost on them. The Pharisees really thought they were the good people. They may have slipped up and committed a little mistake once in a while. But they were mostly good.

For example, think of the story of the Pharisee and the tax collector. Jesus made it clear that He was speaking to “some who trusted in themselves that they were righteous” (Luke 18:9). In other words, He was speaking to the self-righteous. The Pharisee in the story represents all self-righteous people. He thanked God that he is “not like other men.” In his mind he was good. †Of course he compared himself to the worst people, “extortioners, unjust, adulterers” and the “tax collector” (v.11). Then he proudly listed all the good things he had done (v.12).

But Jesus made it clear that he wasn’t saved (v.14). The point is, he really wasn’t good. No one is, “There is none righteous, no, not one” (Rom. 3:10). Jesus came to save those who will admit they are bad. He will only save those who humble themselves and truly see their need. As He said, “for everyone who exalts himself will be humbled, and he who humbles himself will be exalted” (Luke 18:14). He only saves those who admit they need saving.

So those who insist that they are good cannot be saved. Not because Jesus is unwilling or unable, but because they don’t see their need for it. They don’t want salvation. Why would they? A man who doesn’t think he is drowning will not appreciate you dragging him to shore and giving him CPR. He needs to be convinced that he’s drowning. Only then will he understand.

In my experience, it’s not hard to get people saved. The hard part is getting them lost. It’s getting them to see their need, to see that they are bad. Once they see this, they cannot help but beat their breasts like the tax collector and cry out, “God, be merciful to me a sinner” (Luke 18:13). Jesus came to save bad people. Are you a bad person? If not, you cannot be saved.