Canning is now one of life’s great pleasures 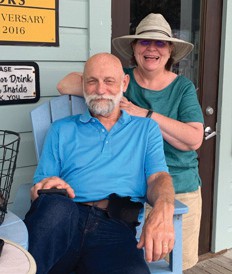 Here I sit again at Mom’s kitchen table looking out into the yard watching all the lightning bugs everywhere. There’s a sound out there this time though that wasn’t there last week. It’s the katydids singing their music once again.

I’ll not say much this week, so I can get back to my stringing and breaking up beans. Mom has helped me a little this evening and we have sat here and sang some of Daddy’s favorite gospel songs while we were working.

Mom said when they were growing up Mamaw Pennington used to put all the beans from the picking on a quilt in the middle of the floor and they would all sit around it and work on them. Mamaw didn’t use a pressure canner though. Instead she had a fire going outside and had a kettle full of water that they put the jars in to do a water bath. 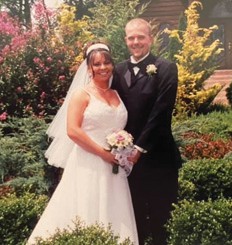 Billy and Michelle Tilley celebrated their 20th wedding anniversary on the 21st of July.

Yonts and I do that for our pickles and other vegetables that have enough acid. We love our bread and butter pickle recipe. It was given to us by my Papaw Joe Tackett. We’ve adapted it over the years to suit our taste, adding a few jalapenos or ghost peppers in some of the batches.

It’s funny how when I was growing up canning was a chore and I didn’t like it at all. Now, it’s one of life’s greatest pleasures. When I open our canning cabinet and see food that God gave us by the sweat of our brow, it brings a simple pleasure to my life. When we fix food that grew in our garden both my husband and I speak of how God blessed us and gave it to us. I also love giving our surplus away.

Speaking of which, we didn’t plant cabbage because Yonts had a man on the job that was going to sell us some like he did last year. Well, that didn’t pan out, so we had no cabbage to put up. 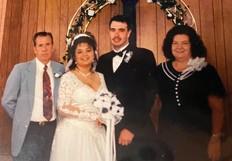 Preacher Bill and June Craft with their grandson Jonathon Richardson and his wife Leslie Richardson. This picture was taken 24 years ago.

Mom’s neighbors, Robert and Dortha Johnson, planted a garden and I knew there were some cabbage heads left in it and so asked if they would sell us some. Instead, she called and told me to go ahead and get all the rest of them. Dortha said she had put up all she was going to. That’s what you call good neighbors. I cut cabbage up all day Saturday and will be cutting up more tomorrow.

Okay for birthdays and anniversaries, and there are lots of them. Billy and Michelle Tilley had an anniversary on the 21st, Ryan Hardee had a birthday on the 23rd, Tim and Kim Pennington Lucas had an anniversary on the 24th, Phyllis Holbrook, Jennifer Cook Hall, Makenzie Rutherford, and Vivian Maggard Adams had birthdays on the 26th and there were two wedding anniversaries on that day, Jonathon and Leslie Richardson and Mike and Donna Ison Watts. Kim Craft and Dottie Craft Noble both will have birthdays on the 27th. Cathy Ingram and Doretha Howard Bentley on the 28th, Louise Murtaugh on the 29th, Gloria Terracciano Hubbs on the 30th, Jeff Cook on the 31st, Diane Holbrook Cook on the 1st of August, Marty and Martha Wynn Whitaker will have an anniversary on the 1st. It’s hard to believe next week will be the beginning of August. 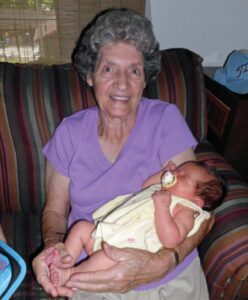 Dorothy Tacket with her great-granddaughter Story Eliza Hampton, taken 10 years ago. Story’s birthday was on the 25th.

Very serious prayer requests are asked for Misty Fields and her family, Brandon Robinson, Nina Kilgore’s family, and my pastor, Bill Jones, and his family.

Try to be in church Sunday if at all possible, the churches need to be filled once again. 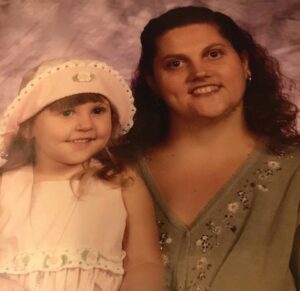 Cathy Ingram with her daughter Victoria. Cathy will celebrate her birthday on the 28th.