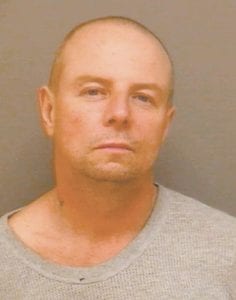 An accused bank robber who was arrested in Virginia late last week after being on the run for 14 days will face additional charges in Letcher County, an official said Tuesday.

Ronald David Green, 47, was arrested late Friday night after a Letcher County man and a clerk at a convenience store near the Kentucky-Virginia border worked together to let authorities know Green was heading back into Wise County, Va., after hiding out in Kentucky.

Green, also known as “Gypsy Ron,” was arrested after the vehicle in which he was riding was stopped at a roadblock on US 23 near Wise, Va. about 11 p.m. Friday. The roadblock was set up after a clerk at State Line Food Market at Pound Gap told police a man paying for gas said he was being forced to drive Green from Ermine into Wise County, Va., said Letcher County Sheriff ’s Lt. Brian Damron.

Also recovered during the traffic stop was a canvas bag containing $11,478.98. Wise County Sheriff Ronnie Oakes said the bag appears to be the one a surveillance camera filmed Green using when he robbed $18,997 from the New People’s Bank in Norton at gunpoint. The robbery occurred at 5:55 p.m. on Dec. 9. After fleeing the scene on a red bicycle, Green made his way into Letcher County, where he has family connections and was able to hide until his Ermine acquaintance took action.

“This case is a tremendous example of what can happen when agencies cooperate,” Wise County Sheriff Oakes said in a press release issued Saturday. “Officers used leads, tips from the public, and their training and experience to ensure a safe, successful operation.”

“We appreciate the citizens that called and gave us information about sightings of Green,” said Damron.

Damron said after consulting with Letcher Commonwealth’s Attorney Edison G. Banks II, Green will be charged in Kentucky with being a fugitive from justice.

Green is being held without bond at the Duffield (Va.) Regional Jail.