Cards vs. Red Sox; it must be autumn 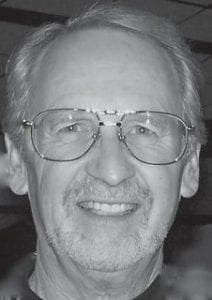 Hues of autumn have come again. So has the confluence of American sport – football at midseason, basketball (out-of-place), and baseball. The Fall Classic. The World Series.

Outside of the Yankees, no brand names are more familiar to fans across the land than two red birds on a baseball bat and the singular Red Sox logo with no name on the uniform’s back.

Hall of Famer Musial was affable, revered and represents perfectly the most baseball savvy town in America. Fans know their game and recognize good play from bad.

In Beantown, Hall of Famer Williams was the aloof Splendid Splinter with sandpaper personality representative of a fistful of Irish townies at a pub on Friday.

If weather holds and form does too, this Fall Classic has the possibility to keep a grip on our attention before snow flies again. As author Bernard Malamud’s fictional baseball star Roy Hobbs said in the 1952 novel The Natural, “I love this game.”

Every team, in all sports, needs a good dose of castor oil every now and then.

UofL? Director of Athletics Tom Jurich can spin excuses as he pleases, but a promising football team has been poorly served by its 2013 schedule.

• In all the years I’ve watched Kentucky teams run out for introductions, none was as physically imposing as this one. Man for man the Wildcats are extraordinarily muscled-up first-year college players.

The stage is now set. At a time of his choosing, Pitino will call a press conference to tell a breathless public he has decided he’s made a man of Behanan and the kid will be back in uniform by, say, December 28.