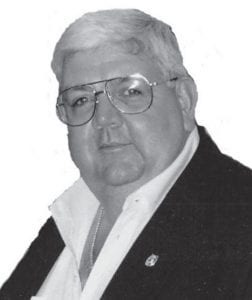 Carl Winston Hall, who turned his knowledge of fixing mining equipment into a successful locally owned and operated business in the early 1970s, died last week after a long illness. He was 75.

Hall, who died July 18 at the Whitesburg hospital, was known to many Letcher County residents for his work in developing and operating Hall Equipment & Supply Company, a firm that specialized in rebuilding coal mining equipment in its plants at Isom and Sandlick.

Hall, along with his older brother Hubert who died in 2016, was working for the Kentucky-West Virginia Armature Company when he told his wife, Anna Louise Daniel Hall, in 1973 that he wanted to start his own equipment repair business. Helped by a coal boom in the mid-Seventies, the business quickly became a success.

Mr. Hall, a native of Letcher County, became involved with coal mining equipment after attending vocational training in Johnson County. Mrs. Hall said the couple were able to finance their honeymoon when Carl Hall sold his first piece of mining equipment 54 years ago.

Recalled Mrs. Hall: “Harve (his late father) gave Carl a used piece of equipment. I remember he went somewhere outside of Clintwood (Va.) and sold it. We used the money to pay for our honeymoon to Florida.”

In addition to his business acumen, Mr. Hall, who fell ill four years ago, was known for his generosity and his support of University of Kentucky basketball.

A son of the late Harve and Callie Adkins Hall, he was a brother of the late Hubert Hall, Eunice Rose Hall Mounts, and Janice Hall.

Surviving in addition to his wife are his brother, Ivan Reed Hall of Lexington; and family member, David Combs.

Funeral services for Mr. Hall were held July 21 at the Whitesburg First Baptist Church. Entombment was in the Adkins family cemetery at Isom.