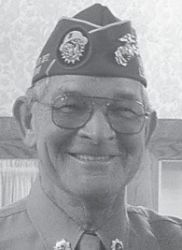 A son of the late Odell and Pearl Hammonds, he attended Whitesburg Grade School, and grew up on Hurricane Branch in Sandlick.

He was a brother of the late Jim Hammonds, Billy Ray Hammonds, Bobby Joe Hammonds and Odell Hammonds Jr.

Hammonds served in the U.S. Marine Corps, was retired from Garlando Wholesale Produce, and worked with the Toys for Tots Program.

Funeral services were held July 23 in Akron, Ohio. Burial was in the Western Reserve National Cemetery in Rittman, Ohio.