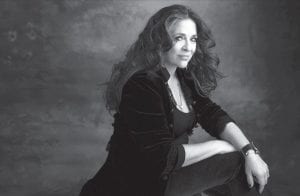 Carlene Carter, the daughter of country music legends June Carter Cash and Carl Smith, will appear free in concert on Saturday, June 30 for the City of Whitesburg’s annual Fourth of July celebration. Whitesburg Mayor James W. Craft and local promoter Greg Napier announced the concert on Tuesday. Carter, who released her debut album in 1978 with backing from the rock band Graham Parker & The Rumour, began her career singing with the legendary Carter Family when she was just 17. Perhaps best known for her highly acclaimed third album “Musical Shapes,” which was recorded in 1980 with her former husband Nick Lowe and his band Rockpile, Carter has of late received high praise for her album “Carter Girl.” Songs on the album feature three generations of songs by the Carter Family and feature guest appearances by artists such as Vince Gill, Willie Nelson, and Kris Kristofferson. (Photo by Marc Hauser)