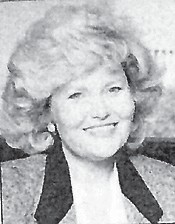 She was crowned Miss Kentucky in 1959 and was a finalist in the Miss America pageant.

Ms. Hubbard retired after 27 years of teaching in Pulaski County and Hardin County. She was a volunteer for the Elizabethtown Animal Shelter and PAWS Shelter Foundation of Elizabethtown.

Services for Ms. Hubbard will be held October 24, from 2-4 p.m. at 238 Helm Street in Elizabethtown.

Condolences may be expressed online at www.brownfuneral.com.