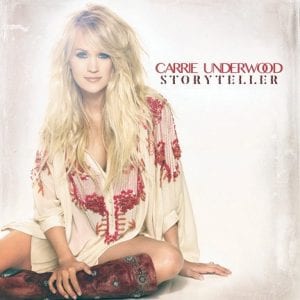 “Storyteller” is Carrie Underwood’s first album in three years — and her first since becoming a mother. That life-changing event rises most overtly on the touching “What I Never Knew I Always Wanted,” a beautiful song that delves into the life-altering changes new parents undergo. The maturing process of marriage and motherhood also influenced the yearning “The Girl You Think I Am,” about wanting to live up to her parents’ expectations, and the ballad “Like I’ll Never Love You Again,” one of her most passionate love songs to date. For the first time since her debut album 10 years ago, Underwood teams with more than one producer. Longtime collaborator Mark Bright works on five of the 13 songs, including the murderous revenge tale “Church Bells.” Hot Nashville producer Jay Joyce helms six songs, including the hit single “Smoke Break” and the swampy, southern gothic “Choctaw County Affair,” which pushes Underwood into a soulful new sound.