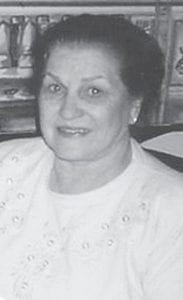 Funeral services for Catherine “Cookie” Breedlove Wiygul, 81, were held March 1 in Eustis, Fla. Burial was in the Ferndale Cemetery in Ferndale, Fla.

Born in Ferndale, Fla., she was a daughter of the late Charlie L. and Lottie Claire Holley Breedlove and a sister of the late Helen Breedlove Frier and Major Evelyn E. “Nikki” Breedlove. She died February 25 at Pikeville Medical Center after a long illness.

She worked as a medical secretary at Waterman Hospital, now Florida Hospital/ Waterman, in Taveres, Fla., where she was also a business manager.

For 14 years she was a medical secretary for the late Dr. James W. Todd of Eustis, Fla.