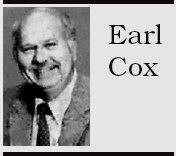 Fearsome Billy Clyde starts with two exhibition games, against Pikeville – yes, Pikeville – and then challenges Seattle. Both games will be in Rupp Arena, of course.

Tough games against the likes of Liberty, Texas Southern and Stony Brook will follow before the heart of the schedule.

Tubby Smith, remembering where he came from, always played one or two of the historically black colleges, including his alma mater. I applauded him for that every year.

And I applaud Gillispie for scheduling Pikeville. My theory is keep the money in the state.

But let me float a better idea. If the Wildcats are going to play Pikeville for the first time, why not play the Bears in Pikeville? After all, Paul Patton’s gem of a convention center sits idle most of the time and it would be nice if several thousand UK fans could watch the Cats play.

UK had oodles and oodles of fans in every county in the state. Yes, in all 120 of them. And do you realize that the vast majority of those fans have never seen the Wildcats play – and most never will?

For the record, let me tell you about Seattle. It isn’t the Seattle of Elgin Baylor and the O’Brien twins. You know, the Seattle that UK defeated 84-72 in Freedom Hall in 1958 to win Adolph Rupp’s fourth national championship. That was the year the Cats won the NCAA without leaving Kentucky. The Mideast Regional was played at Memorial Coliseum and then the Final Four in Louisville. The NCAA was a 16-team tournament then.

John Crigler wrote his name in the UK record books with a magnificent defensive job on Baylor and the Cats drove on the great star at every opportunity and fouled him out.

In addition to Crigler, from Boone County, three other Wildcat starters were Kentuckians. Vernon Hatton played for Lafayette, Johnny Cox for Hazard and Adrian “Odie” Smith for little Farmington. Odie had to go to a Mississippi junior college before Rupp became interested. Ed Beck, from Georgia, was the fifth UK starter.

Seattle recently de-emphasized basketball, so don’t expect much this time around.

I’d like to see UK rent Western’s Diddle Arena and play an exhibition in Bowling Green, and return to Owensboro for a game in the Sportscenter. UK played two games in Owensboro, once featuring the Fabulous Five and the second game against an SEC opponent.

But things like that aren’t going to happen because no one in UK”s Athletic Department knows or cares about our state and the extraordinary love affair of people far and wide for the Wildcats. UK’s president should, because he’s from little Earlington, but he wouldn’t dare tell his haughty athletic honchos what to do.

That’s why I think so much of Joe B. Hall and what he did with the UK basketball program. He took the Wildcats on the road for preseason intra-squad games, playing far and wide around the commonwealth.

I went to several of those sites, including Hazard and Barren County. You just had to be there and see the reception the Cats got. Joe B. showed me a map of Kentucky that he kept in his office. One color of pins marked the sites of previous visits. The others marked the sites of towns that yearned for the Cats to visit.

Other schools copied Joe B.’s idea, so many of them that the NCAA ruled that it was a no-no. Even Bobby Knight copied the idea. Indiana comes the closest of being like Kentucky.

As I write these words, a call just came from Dick Holway in Cleveland with the sad news that Colonel John Ignarski died July 6 in Lima, Ohio. Ignarski played right guard and Holway left guard for Bear Bryant’s Wildcats. He will be buried Sept. 12 in Arlington National Cemetery.

When Ignarski’s wife, Lorraine, called the UK Athletic Department, she was shocked that no one had even heard of her husband. You see what I mean? No one at UK knows or cares about the past.

Sadly, it’s a story I hear over and over.

I’m beginning to believe that Tom Jurich, U of L’s director of athletics, knows more ex-Wildcats than the people in Lexington.

At the Governor’s Cup golf scramble, Tom introduced me to Art Still, the great Wildcat who played for Fran Curci and was second only to Earl Campbell in the NFLdraft. Jurich also is close to former Wildcats Derrick Ramsey, Rick Robey, Harry Jones and the greatest basketball guard ever to play at Kentucky, Fabulous Fiver Ralph Beard.

Another Wildcat who played for both Bryant and Blanton Collins, Bobby “Hooker” Phillips, the pride of Pikeville High, died July 29 in Barbourville after a long battle with cancer. He was 73.

Keep your fingers crossed for Tim Couch and hope that he can make a comeback with the Jacksonville Jaguars.

Couch had the same bad luck that Rick Norton, another great UK quarterback, had. They both wound up with expansion teams (Rick, who played for Paulie Miller at Flaget, was drafted by the Miami Dolphins and Tim by Cleveland).