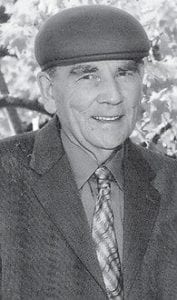 Funeral services for Coy Caudill, 80, of Whitesburg, wil be held at noon today (Wednesday) at Letcher Funeral Home. Burial will be in the family cemetery in Pound, Va.

A son of the late William and Rosana Adams Caudill, he died April 27 at Whitesburg Appalachian Regional Hospital.

A member of the Masonic Lodge for 54 years, he was a Korean War Veteran.