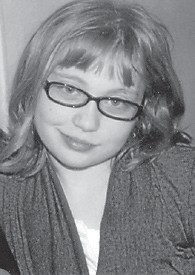 Leah Stevenson recently fenced in the national competition in Atlanta, Ga. She won the gold medal at the Arnold Fencing Classic, which qualified her for the nationals.

She participated in the youth 10 and youth 12 Epee Girls’ Competition. In the youth 10, she was one touch away from being in the top eight of 28 girls.

J.T. Caudill’s family spent four days at their lake house on Cherokee Lake. Doug Caudill and his daughters Jessica and Brooklyn came from Huey- town, Ala., Robert and Sherrie Brown and their sons Jacob, Bradley, and Joseph came from Jonesboro, Tenn. Everyone had a good time fishing, swimming, boating, riding the jet skis, visiting Gatlinburg, and spending time together with their families. 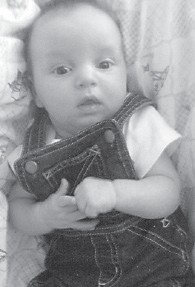 JUNE BABY — Aiden Paul Parsons was born June 11 at Whitesburg Appalachian Regional Hospital to Randy and Beverly Parsons of Eolia. He is a brother of Dustin, 14; Hunter, 8; and Alexis, 2. His grandparents are Eugene and Roxana Parsons of Eolia, and Paul and Verna Adams of Isom.

The granddaughters of the late Bernard and Minnie Vae Banks had their annual cousin reunion at Gwen’s vacation home in Pulaski County. Those attending were Gwen Handlon of Bedford, Renee Stevenson of Columbus, Ohio, Gail Rammage of Pell City, Ala., Beth Callahan of Advance, N.C., and Jill Kent of Wise, Va. A great time was had by all. Those who could not attend were much missed.

The great-grandchildren of Bernard and Minnie Vae Banks with August birthdays had parties in various states on the same day. Ella Akers, who is five, had a Tennessee birthday, Aiden Lucas, who is four, had a Virginia birthday, and threeyear old Mattie Handlon celebrated in Indiana.