Caught: A cold, not fish 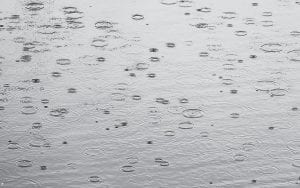 The plan for a long weekend of fishing below Wolf Creek Dam from April 21 through 23 did not include the onset of dogwood winter (or at least all we’re going to see of one) nor the 2+ inches of rain that decided to start falling about two hours after we got lines in the water.

I have not heard from my brothers, Keith and Andy, since they went home to the hills, but Loretta has not yet shown any symptoms of a cold. So, without any evidence to disprove it, I am bragging that I am the only fisherperson in our group to actually catch anything, because I did, in fact, catch the worst cold I’ve had since shedding my long johns about this time last year.

In fact, even though it is still too cold at this writing to comfortably shed the Under Armour tights and shirt that I normally wear from late October until the first of May, I figure I can take advantage of this cold and dodge the one I always get when my long johns go into summer storage.

The water was at least eight or 10 feet lower than it was when I used to catch limits of walleye in the three- to eight-pound range back in the 1990s and the first decade of this century. It was also the clearest I’ve ever seen it, but I believe we would have caught fish if we’d been willing and able to tolerate the weather conditions.

On Saturday morning, after getting soaked in the process of deciding not to drag the tackle out, I checked the garbage cans at the fish-cleaning station that is conveniently located right beside the river. Well over a dozen very fresh striped bass carcasses, none of which would have weighed less than 10 pounds alive, and at least half a dozen walleye carcasses that would have been four- to six-pounders were dumped in the big cans.

These fish had been caught and cleaned on Friday night after we left or very early on Saturday morning before we got back to the river. Twenty years ago I might have been among the people cleaning them, but neither Mr. Parkinson nor I can come close to tolerating the weather conditions that prevailed on this trip. Even my able-bodied brothers balked at the notion of braving the elements on the chance that they might catch something to stink up a frying pan.

Actually, I came to the sad realization that taking advantage of my favorite fishing hole ever is now beyond my physical ability. In fact, if Keeter and Andy had not been along to help me up, I’d probably still be sitting among the shore-line boulders. I’m reasonably sure that Loretta could not have rescued me from the predicament where I sat down in a spot on Friday before the rain commenced and from which I could not stand back up. On the other hand, my wife can be pretty persuasive, but she couldn’t have rescued me without some help. To say that’s depressing is the greatest understatement I can imagine.

Bottom line, I may have to rethink that line item on my bucket list that has to do with catching at least one more five-pound walleye. It may yet happen but the prospects of it happening from the riverbank below Wolf Creek Dam are less likely than having a snowball fight in my front yard on the Fourth of July, which, by the way, is not on my bucket list.

On the other hand, if I really put my mind to it, I could probably come up with ways to waste the two days of preparation time and the $250 I had invested in this fishing trip that would be less productive than this non-adventure turned out to be.

In the meantime, the neurologists advise the standard Parkinson’s mantra that I “do all I can as long as I can.” To be perfectly honest I’ve been able to do a heckuva lot more for a heckuva lot longer than I thought I’d be able too nearly 10 years ago when Mr. Parkinson first came calling. Only time will tell if I can manage to raise one more three-pound tomato. That one is still on my bucket list, but it won’t be nearly as thrilling as a five-pound walleye. Heck, I’d even settle for a three-pound walleye.