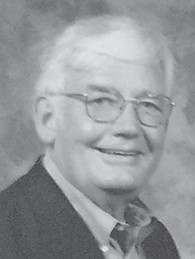 Born in Wise, Va., to the late Cecil Henry Webb, Sr. and Beatrice Hylton Webb, he spent his early years in Whitesburg.

He was the widower of Myrtle Bates Webb, and the father of the late William Webb.

He was graduated from the Virginia Military Institute and received a master’s degree in chemistry from Purdue University.

Mr. Webb was retired from the former Cabinet for Human Resources as a branch manager in the Laboratory Services Division.

Burial will be in the Jefferson Barracks National Cemetery in St Louis, Mo. Arrangements for burial and military services are underway. Donations in his memory may be made to the Alzheimer’s Association or the charity of your choice.