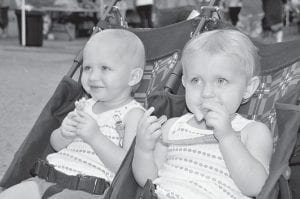 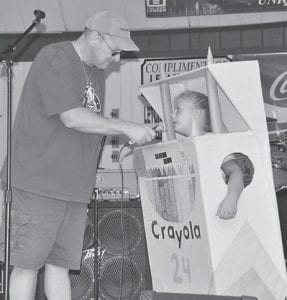 Jenkins Homecoming Days master of ceremonies Chuck Johnson greeted the winner of the children’s dress-up contest, Breanna Burke, who was dressed as a box of Crayola Crayons. 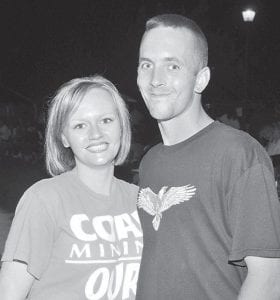 Miranda Bentley and boyfriend John Ison were all smiles at the festival. Ms. Bentley left Letcher County on Monday for treatment of lung cancer in Pittsburgh, Pa. 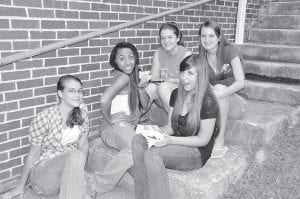 Food, fun and friends were in abundance at the festival, as was illustrated by (back row) Stachia Collins, Erica Creech, (middle) Jessica Mullins, Brooke Puckett, and (front) Ashley Wright.