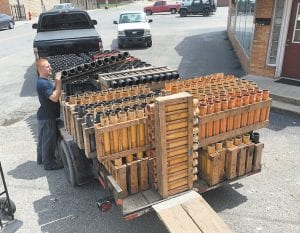 GETTING READY — Firefighter Charles Colwell loaded mortar tubes Monday afternoon in front of Whitesbug City Hall. The tubes were taken to Earnest Cook Memorial Park, located across from the Whitesburg hospital, where Colwell and other members of the Whitesburg Fire Department spent July 4 hammering the wooden frames holding them together. One firework was placed in each mortar tube. Whitesburg Fire Chief Gary Mullins said the fire depart shot off 560 fireworks Monday night. (Photo by Sally Barto) 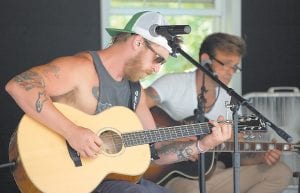 HELPING HIS MOM — Musician Jason Keith Whitley worked Monday afternoon to make sure the sound was proper for the concert his mother, country musician Lorrie Morgan, performed later that night. Whitley, who performs and sings with his mother’s band, is the son of the late country star Keith Whitley. (Photo by Sally Barto) 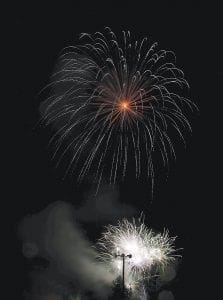 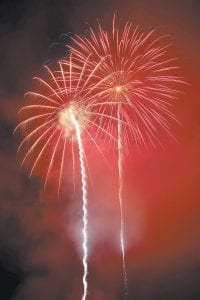 RAIN HOLDS OFF JUST LONG ENOUGH — The photos above and below were taken Monday night during a fireworks show sponsored by the City of Whitesburg after a concert by country music star Lorrie Morgan. (Photos by Thomas Biggs) 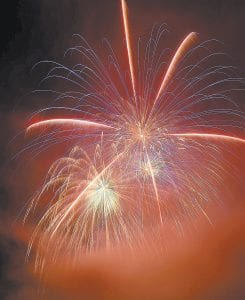