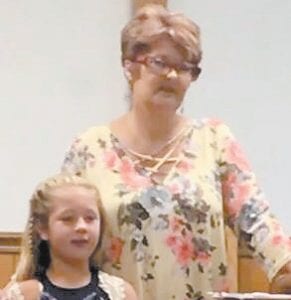 You know the old saying, “A picture is worth a thousand words”? Well, in case you all haven’t noticed by now, our family is kind of hung up on pictures. We have some of my Papaw’s uncles that are so old they are made of tin. My Papaw Tacket owned a camera as far back as I could remember and was always taking pictures whenever our family was together.

When he passed away none of the other children were interested in Papaw’s pictures so Daddy got them. A lot of those have been posted on the Facebook page “Growing up in Marlowe Camp”. My daddy also owned a camera when we were little and would take pictures of us all the time. But, you had to be picky back then when you took pictures because you had to pay for every picture you took, from buying the film to paying to have them all developed not knowing what you had until you got them back in the mail. Not like today when you just snap one right after the other and delete the ones you don’t like before you develop them if you even do develop them. As of right now, we have about 500 or more that need to be developed. 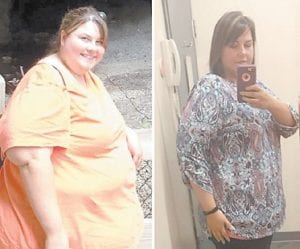 Well, I said all that to say this, we have a precious, precious picture this week. My sister, Charlene Tacket Mason, along with the other members of The Master’s Harmony (Ray Smith, Marvin Boggs, and Ronnie Maggard), sang at Little Cowan Primitive Baptist Church. As I have mentioned before, this is the church, along with Marlowe Mountain Chapel, Mom and Dad took us when we were babies and until we were teenagers.

This past Sunday, the 22nd, Charlene had the pleasure of standing in that same building along with her granddaughter, Chesnee Kruze Mason, and singing a song together. Her son and daughter-in-law, Blake Allen and Chasity Nicole Mason, were there and filmed it. Ricky Mason was also there for her debut along with Mommy. It’s posted on Facebook and I have watched it about six times now. She also has a beautiful singing voice. Must take after her Mam, as Charlene likes to call herself.

We had a crowd Monday, the 23rd, at Letcher County Senior Citizens. Lizzie Mae Wright talked about her son and grandson’s visit last week. They came in Thursday and left Saturday. They came and visited me Friday, but I was so disappointed they couldn’t stay longer. Imogene Sexton and her son Stanley came after her doctor’s appointments. She said she had been having some heart issues and needs everybody’s prayers.

Jeannie Gibson was also there and wants everyone to pray for her family. Her brothers all have major health problems.

Lydia Hall wants everyone to pray for her lost loved ones.

Sudie Wynn Day said Coleene Hart had been in the hospital but was better now. Juanita Banks hasn’t been feeling very well either.

We also have lots of members who have lost their spouses in the last year or so, they really need everyone’s prayers.

We also have some special prayer requests around our community. Rick Collins that I mentioned last week is in desperate need of prayers. Also, Maggie Cook, from Colson, is having lots of problems with her eye. She has staph infection in it and it is giving her lots of problems.

One of our Thornton families lost their daughter, Cheri Lynette Profitt Banks, to cancer last week. Her parents, Darrell and Janice Profitt, would appreciate your prayers for them. Her cousins were our childhood friends and they are all heartbroken.

It’s unbelievable how many people are still at the rec center even though their air hasn’t been working for quite a while now. That just goes to show how much we need this place in our county. It’s been a while since I mentioned our No Limits Fitness group at the Letcher County Recreation Center. Well, it’s still going strong and all the members are looking so strong and fit. One member Elizabeth Trotter Cooper is amazing. Not only does she attend No Limits, she also does kickboxing, and Zumba. She posted a picture of herself before losing weight and one of her recently. I love seeing these types of success stories. Keep it up, Elizabeth. You inspire us!

Mom got a letter from one of her first cousins, Beulah Caban from California, this past week. She sent two pictures for the paper but one of them is so faded I don’t think you would be able to tell anything about it. Beulah, I will try my best to get the picture in next week’s paper.

I’ll go ahead and end here with Oma’s plea each week, try your best to be in church somewhere Sunday and if your church has services Sunday night or throughout the week God wants you there then, too.