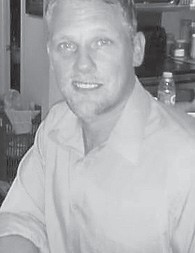 Charles Ray Valle, 44, died February 18 at his home in Matthews, N.C., after a long illness.

He was born in Tuscola, Ill., and grew up in Cuyahoga Falls, Ohio. He had lived in Atlanta, Ga., for several years.

He was a general contractor, owning his own business.

Surviving in addition to his parents are his fiancée, Lisa Edwards of Matthews, N.C.; twin sons, Austin and Justin Valle of Charlotte, N.C.; a daughter, Lexi and husband Steven of El Paso, Tex.; three sisters, Beth Stevens of Cuyahoga Falls, Oh., Dea Rog and husband Mark of Courtland, Oh., and Deetria Jones and husband Donny of West Virginia; a brother, Devin Stevens of Long Beach, Calif.; and a number of aunts, uncles, cousins, nieces and nephews.

Private memorial services will be held at a later date.