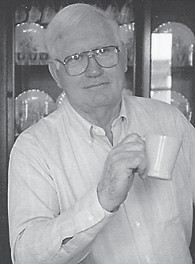 Funeral services for Charlie Ray Peters, 90, were held August 24 at Everidge Funeral Home in Whitesburg. Burial was in Sandlick Cemetery.

Born in Norton, Va., to the late William and Ava Mullins Peters, he was the widower of Kathryn Back Peters, and the father of the late Suzanne Peters. He died August 22 at Whitesburg Appalachian Regional Hospital.

He was the owner of Peters Properties, and opened Mayking Mall, one of the first strip malls in Letcher County. He was a U.S. Army veteran of World War II, was a master woodworker, and enjoyed watching Cincinnati Reds baseball.