Check out the light pole decorations in Whitesburg 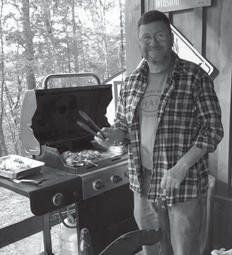 Jim Bob McAuley had a birthday on the 18th.

Make sure you all drive through downtown Whitesburg this week or next and check out all the light pole decorations. The theme this year is honoring the health care workers. The grand champion was Arlie Boggs Elementary, first place was West Whitesburg and second, was Letcher County STE. Third place was Letcher County Central High School. They all look beautiful and I’m glad I’m not a judge because I would have a hard time choosing.

The photo contest entries are also on display in the window of the Harry M. Caudill Library. The festival activities are in full swing beginning Wednesday.

As we sat out on the back porch this evening at Mom’s, my brother and I were discussing the many changes that have been made in her house over the years. When they bought the house back in 1961, there was only one small closet in one bedroom. Dad later added another closet in the hall. We discussed why there weren’t more closets to begin with and I said houses back then didn’t have any closets at all. Albert questioned what did they do about their clothes. I imagine they also didn’t have near as many clothes as what we have today to even worry about whether or not they had room for them. 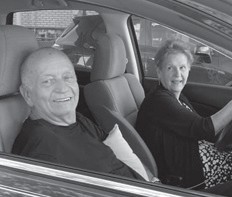 Billy and Connie Adams attending parking lot church at Millstone Missionary Baptist Church. This was 10 days after his heart surgery.

Mommy said they just put them in their bedroom chests and dressers. I brought up they also used chifforobes. Albert said, “Is that really a word?” We mulled it over a few times pronouncing it all kinds of different ways and thought about how it would be spelled. I typed it in the Google search and sure enough, it is a word.

When we were growing up lots of words got pronounced in ways that we found out later were nowhere near close to the way they were supposed to be pronounced. “Washin’ sheen” and “sewin’ sheen” were two that we still pronounce that way. I was in the third or fourth grade before I knew your “fard” was really supposed to be your forehead. So a chifforobe was what we called a “chifrobe”.

Just about every bedroom suite back then had a chifforobe that went with the suite. Now they are considered antiques. We had a cedar one that had mirrors on the doors. Albert said when he broke one of the mirrors he remembers Mom telling him he would have seven years of bad luck. Hmm, maybe that’s what happened, brother. 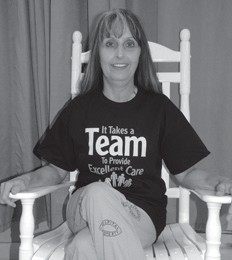 Debra Bentley Combs had a birthday on the 18th.

Willene Tubbs wanted me to put in the paper some information about the Thornton cemetery. She said her husband had started a fund before he passed away for donations to keep the cemetery mowed. She said only a few people have been donating but it’s not enough to keep it mowed so if you would like to donate you can make checks payable to Thornton Cemetery Fund. Their address is P.O. Box 24, Cromona, KY 41810.

Facebook posts today were talking about Larry Everidge walking today. Hopefully, he will get to come home soon. Prayers are needed though for his mom Juanita. She is now in Hospice care. Brandon Robinson was also back in the hospital with some complications from blood clots. Also, remember to pray for Camden Cook and his family with all they are going through in the treatments of Camden’s leukemia. 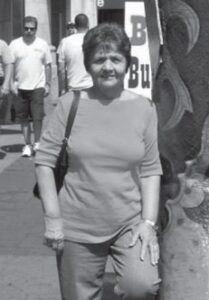 Shirley Combs will have a birthday on the 23rd.

Remember to keep praying for Billy Adams as he recovers from his quadruple bypass surgery on his heart. Celesta Riffe posted this about him and I just had to share it with you all:

“I believe that resilience can be cultivated by sharing family history. I grew up hearing of the challenges and obstacles my family endured and how they persevered. Billy Adams was the main character in many of these true-life tales. I was always perplexed by this, because Billy Adams never complained or dwelled on the unfairness of his life. He would speak pointedly about what it was like growing up but move the conversation to focus on what he had, rather than what he had not. Years later, I find that to still be true. Ten days post quadruple bypass — here’s Billy Adams, attending parking lot church and not complaining. That’s how great God is and how amazing Billy Adams is.” 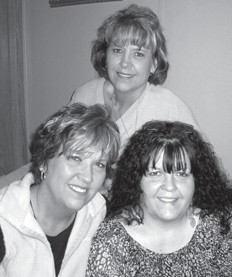 Twins Doris Ison and Donna Ison Watts had birthdays on the 22nd. I would tell you which is which, but I don’t know. Their sister, Kae Ison Fisher, is pictured here with them.

I thank God for all the preachers in our area and all they are having to go through in this pandemic. We should be praying for them as much as we can.

I’ll close this week by saying, if you need a place to come worship just come to Letcher Independent Baptist Church. I wouldn’t even care if you were sitting in the seat where we always sit. 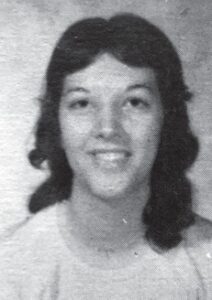 Lyn Watts Bates had a birthday on the 20th. 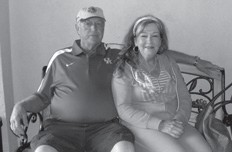 Randall and Bonnie Warf Kincer. Randall Kincer’s birthday was on the 15th. 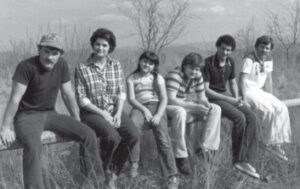 THE AIRPORT CREW — Pictured are Jimmy Yonts, Jeanette Tacket Yonts, Tina Hall Mullins, Moose Taylor, Albert Tacket and Rick Mason. This was taken at the Whitesburg Municipal Airport on Colson by Charlene Tacket Mason and it was one of Yonts’s and my first dates.