Childers show was standing room only 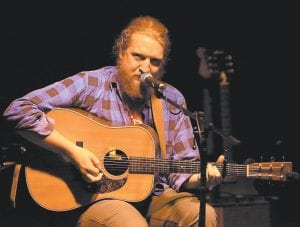 Rising star Tyler Childers of Lawrence County, Kentucky brought his brand of rocking country and Americana music to Whitesburg Saturday night for a sold-out show at Appalshop Theater. More than a few who attended the show could be heard saying it was the best concert of its kind they had seen in Whitesburg, and will eagerly await a return performance. (Photo by Thomas Biggs)