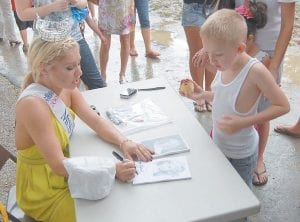 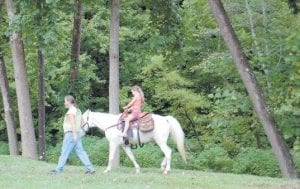 "For other counties that don’t have things like this I would like to spread the word about this," said Ervin, 23, of Morganfield. "It’s overwhelming. This is just that nicest thing that you have so many people that care about children here. This is just a wonderful organization."

After being crowned Miss Kentucky two weeks ago, the Kids Day event was Ervin’s first chance to interact with children in her new role.

"Children are the most important thing in the world to me," said Ervin. "I’ve always just loved children. That’s the reason I became Miss Kentucky." 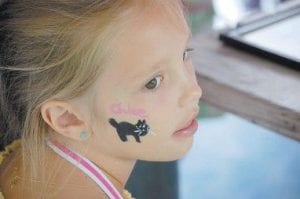 Ervin said children need to know at an early age that education is important and that they have the support to achieve whatever they dream no matter their circumstances. 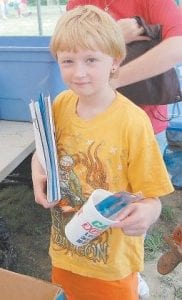 "It’s a wonderful way to start things out because I have not started speaking at schools yet," said Ervin.

Ervin said she will visit 200 schools this year and speak with children about the Kentucky Department of Agriculture’s platform, Kentucky Proud. She will encourage the use of Kentuckygrown crops and local resources across the state. Ervin said she may speak briefly on her personal platform, autism.

"I have three autistic first cousins, so it’s very close to my heart to get the awareness out there to save others with autism," said Ervin.

Ervin told one little girl attending the Kids Day event that she too could be Miss Kentucky someday if she works hard on talent and makes good grades in school. 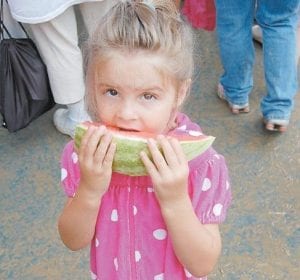 "Children can learn from me that you can do anything you set your mind to, follow your dreams and use your gifts," said Ervin. "They can learn that you can be a little tomboy from a small town and become a Miss Kentucky simply by using your gifts, working hard in school, and having faith. I have so much faith. They can also learn that you can go far by making the most with what you were given. I was born in a small town, went to a public school, made use of every program the state offered for education."

Ervin believes children across the state will be able to relate to her.

"I was just like them," she said. "I’m from a small town. I used to run around barefoot, deer hunt and was such a tomboy growing up. I never thought I would ever (compete in the) Miss America system and here I am. I think I can really reach these children through my story and I can show them through my recent accomplishments that they can do the exact same thing."

Ervin — while wearing her crown, a dress and high heels — participated in a watermelon-eating contest and gave high-five’s to several children who also ate watermelon.

Ervin holds a theater arts degree from Sewanee: The University of the South in Tennessee. She said she turned down chances earlier this year to be cast on the reality shows "Survivor" and "The Amazing Race" and has also delayed pursuing her music career while trying to become Miss Kentucky.

"It’s been my dream since I was a little girl," said Ervin.

She will compete in the 2010 Miss America pageant in January.