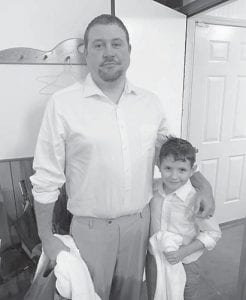 Oh, if we only had the problem we had this past Sunday morning every Sunday morning. We had to decide between our home church services, church services at Millstone Missionary Baptist where our nephew Joshua Yonts’s youngest son, Jace Michael Yonts, was going to be baptized, or a baptism at Fishpond Lake where my first cousin, Kim Lucas’s daughter, Kaci Lucas, was going to be baptized.

Well, we decided to go to Millstone and later found out at our home church, Letcher Independent Baptist, one of the pastor’s grandsons was also baptized. After Jace’s baptism we went to my brother-in-law Charles and Jenny Lynn Yonts’s home and ate Easter dinner. We loved just being with family.

I saw Jerry Cook at Walmart Saturday. But, I along with everybody else that I know, calls him Poochie. We went all through school together. That was some of what we talked about, our school days at Colson Elementary School.

I love to reminisce about my experiences there. We talked about how long we got to play outside and that taught us how to socialize with others. 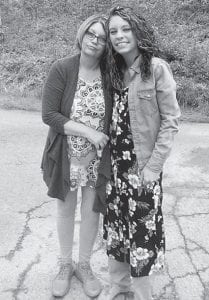 The most memorable year, though, was the third grade. We had an elderly teacher that really needed to retire a long time before we had her. Some of the things she would do were hilarious to think back on now, but weren’t so funny then.

One boy she would constantly make stand on his head with his feet against the blackboard or she would make kids stand on their tiptoes to put their nose in a circle drawn on the blackboard just out of their reach. She would give us an assignment every day after lunch and assign someone to come in front of the class and take names. Then she would take her daily nap. One day I remember her doing this and when she woke up and found the designated name taker standing in front of the class she asked him why he was up there. He told her she told him to take names. She denied it and whipped him.

Another thing she did that I will never forget, she had a reading group up in a circle and got mad over someone’s notebook answer or something and pulled it away from them and slung that notebook across the room and it landed facedown, parted right on top of Hargis Taylor’s head. I thought I would die trying to hold in my laughter. I can see Hargis’s expression in my mind so clear to this day. 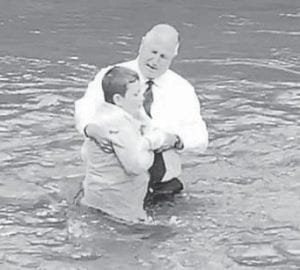 Poochie and I also talked about some of the memories of Stinking Branch when we were growing up. He lived there then and we lived on Cane Hollow not far away. However, my Mamaw Pennington and her daughter Margie Pennington Adams lived in the head of Stinking so we were up there very often. Theodore Standifer lived in a house across the road from where my husband and I live now. Theodore’s property connected to James and Gert Cook’s property back up on the mountain behind their houses. Poochie said Theodore would have him and his brothers break his horses for him.

Can you imagine our children or grandchildren doing these kinds of things now? To us roaming the woods was as natural as playing in our yards. We probably spent more time in the woods than we did in our yards if the truth be told. Thank you, Poochie, for bringing back some special memories. 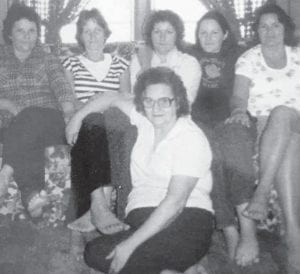 Some other special memories were brought back when I saw a picture posted on Facebook that included Sybil Brown. She and her husband Jim Brown ran a grocery store on Sandlick where my dad loved to stop and “trade” as we have always called it. I think it was called Brown’s General Store or Country Store. Anyway, we didn’t really need to buy many groceries because we grew our own vegetables and killed our own hogs. But, we did buy flour and meal and when our own supplies ran out before the garden came in we bought a few other things.

Well, Daddy would have us take turns going to town with him. I always thought that was kind of mean of him until I had a child myself and then came to realize, “What would I do if I had to bring five children to the store with me?” I surely wouldn’t be able to get home with nothing I went for. So, anyway this one Saturday Daddy pulled a good one on me. We were in Brown’s store and supposed to get baking powder. Daddy said to me, “Go up there and ask Sybil if she has any self-raising baking powders.” So, I go up to Sybil and ask her if she has any self-rising baking powders. She just looks at me and asks, “What?” I say again, “Daddy wants to know if you have any self-raising baking powders.” She then looks back at Daddy who is standing back at the back of the aisle laughing like crazy. She looks down at me and says, “Honey, I think somebody just played a mean trick on you.” 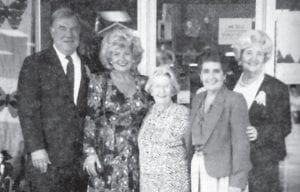 We had a very special first cousin to pass away last week. My daughter now lives in the house she and her family were raised in. Margaret Faye Adams Nelson and her husband Hugh moved from Stinking many years ago. She was only 71 years old. Please pray for her family. Also remember all those who have lost loved ones, especially my pastor, Bill Jones and his wife Sandy and their children.

Also, please remember those in our community that are in need of our prayers. I think of Laney Webb especially. She is having problems now with fevers and high heart rate. Kendall Ison fell and has some very serious broken bones that need surgery, but they have to wait on the swelling to go down first. Also, remember those in the nursing homes. We have a neighbor that is in desperate need of prayers, Imogene Sexton. She has pancreatic cancer. Remember not only her, but all her children and grandchildren.

I’ll close here with Oma’s plea once again. Try to be in church Sunday and if your church has services Sunday night or throughout the week God wants you there then, also.