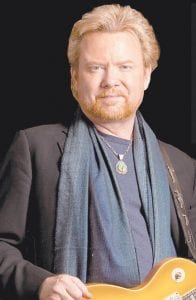 The Whitesburg City Council voted unanimously at its August meeting to require the promoter of Riverside Days to assume the cost for electricity in order to continue using the River Park, as well as the cost of paying the overtime incurred by city workers if the festival is to go forward.

Councilman Jimmy Bates said promoter Ernestine Flint of Jenkins has not paid any of the costs associated with the festival since it was renamed from Jenkins Days and moved to Whitesburg several years ago. Bates said costs to the city have exceeded $15,000 each year, an amount he said the city could no longer afford. Bates added that the city has gotten no return on the money it has spent in the past, although Mayor James Wiley Craft said the city does benefit from having additional people in town.

“We’ve been letting this woman do this and we don’t get a nickel,” said Bates. “We pay the city workers, but we don’t have the money to pay all the bills. She will have to pay for the power, police, and garbage pick-up if she wants the park.”

The Riverside Days Festival is scheduled for August 15-17. After the council’s vote Tuesday night, Mayor Craft directed City Clerk Garnett Sexton to contact Flint and inform her of the council’s decision. Other council members were in agreement. Council Member Robin Bowen Watko said the council’s first duty is to the taxpayers of Whitesburg. Councilman John Williams asked if there was a firm amount the city has paid for the festival in the past. Craft said he doesn’t have the actual figures, but said it costs the city $3,500 just for the electricity to be hooked up in River Park for the festival.

In other business, the council voted unanimously to pass the second reading of an ordinance setting the city’s tax rate for personal and real property at $.37 per $100. Councilman Tom Sexton, who is in his first term, asked for clarification and John Williams explained that the rate has not gone up in several years and has only gone up three cents per $100., from $.34, in his four terms on the council.

In response to a question from Whitesburg physician Dr. John Pellegrini, Craft said the city’s attempts to collect overdue and delinquent water accounts have been successful. Craft said the city has terminated service for a number of people, but he does not have the exact figure. City Clerk Sexton added that about 90 percent of those who have been disconnected have come in and made arrangements to pay their outstanding accounts. Pellegrini said he does not want to see anyone who actually can’t afford it lose water service, but added that $32 a month for water, sewer, and garbage collection is quite a bargain.

Water Maintenance Director Chris Caudill reported that the line running across the North Fork of the Kentucky River at Craft’s Colly to serve customers in Mayking is still holding, but added that when it breaks it will be catastrophic. He said the tank that provides water to the area will probably drain in about 15 minutes if the line breaks. The cost to the city for a line bore under the river to address the issue is estimated to be slightly in excess of $20,000. Caudill said city workers have repaired two large leaks in the city and several in Cowan.

Caudill also said thieves have stolen metal from city property in several locations. He said a door to the gate at the tank that serves Tunnel Hill was stolen, and a hatch at the water vault, which he said will cost about $3,000 to replace, was also taken. Caudill said city workers will try to replace the hatch with a homemade one made of steel and concrete. He also said a valve that was ordered for the city filtration system had to be returned because the vendor shipped the wrong part and it will take several weeks for the new one to arrive.

Mike Caudill, chief executive officer of Mountain Comprehensive Health Care, and his son, Lee Michael, approached the council to seek approval of the use of city property for the Heritage 2K13 mini truck show, and to extend the customary cooperation, police protection, use of the city swimming pool showers for guests, and use of the area around the city sewer plant for camping. The show will take place September 6-8 and headquarters will be at MCHC on Medical Plaza Lane.

Caudill said the show has turned in to a worldclass event and attracts participants and viewers from all over the country. He showed the council a film made by one of last year’s participants with footage of fireworks, long lines of tourists coming to Whitesburg to see the show, and spectacular trucks doing burnouts and other tricks.

The council voted unanimously to cooperate with the show.

• The council voted unanimously to modify the health insurance plan for city workers to raise the deductible in order to bring the costs down. Mayor Craft said the council could not afford to pay over $293,000, which also meant a cost for each employee of over $735. Under the new plan, the city will pay $231,471.00 and the cost per employee will be $562.95.

• The council voted unanimously to allow the Cowan Dance Team to hold a three-mile run in the city on October 17.

• Mayor Craft welcomed a new business, Hillbillies BBQ, to the city. The restaurant is located in the former Quillen Drug store.

• Craft reminded the council that the Masonic Car Show will be held Saturday afternoon, followed by a fundraising Three Kilometer Run/One Mile Walk to raise money to help Assistant Pastor Jonathon Berry of the First Baptist Church and his wife Reagan to adopt a child from the Congo.

• Robin Bowen Watko reminded the council that the Farmers’ Market will also be held on Saturday morning.

• The council voted unanimously to allow Letcher County Central High School to use the city tennis courts in West Whitesburg for a tennis tournament on August 16, 17, and 18.