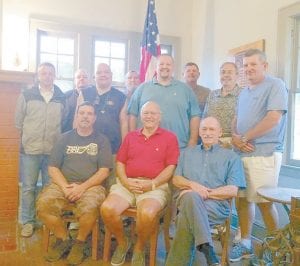 The sounds of muskets and cannons will reverberate once again at Pound Gap on Aug. 6 and 7, as they were over 150 years ago, during the Civil War. The reenactment will be held at the Little Shepherd Amphitheater near Jenkins. The public is invited to attend.

Period clothing and food will be available for purchase.

Pound Gap changed hands several times during the war. Future President James A. Garfield led Union troops to drive the Confederates from the gap. John Hunt Morgan came through the gap on his raids, and Confederate General Humphrey Marshall led troops through it into and out of Kentucky.