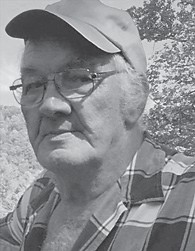 He was a son of the late Jesse and Minnie Hart Profitt, and was preceded in death by two brothers, Jesse Hiram and Isaac, and seven sisters, Kay, Blanch, Onieda, Zesta, Ettia, Zella, and Irene.

Funeral services were held June 23 at Letcher Funeral Home. Burial was at the family homeplace at Colson.