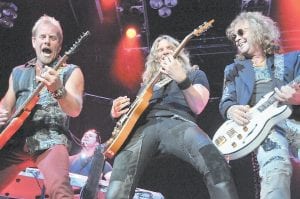 SCREAMING GUITARS — Night Ranger guitarists (from left) Brad Gillis, Joel Hoekstra and Jack Blades peformed during the band’s opening slot for Journey in Pikeville last week. Gillis and Blades are original members of the band, which formed in San Francisco in the early 1980’s. (Photos by Chris Anderson)

Schon is one of only two original members still performing with the group, which was formed after a breakup of Santana in 1973.

Pineda was singing for a Journey covers band when Schon invited him to become a member of the real Journey two years ago. 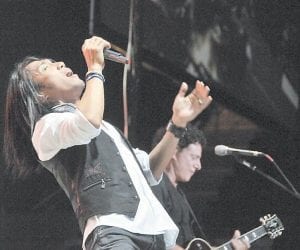