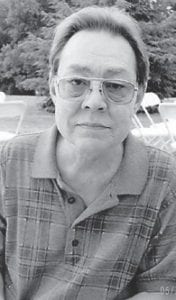 Funeral services for Claude Eugene Webb, 63, of Ermine, were held December 3 at Letcher Funeral Home. Burial was in the Webb Cemetery at Mayking.

A son of Georgia Hooper Blair of Whitesburg and the late Claude Harold Webb, he died December 1 at Whitesburg Appalachian Regional Hospital.