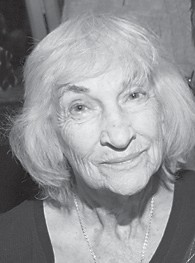 The daughter of master stonemason Giovanno ‘John’ Palumbo and Della Howard Palumbo, she was born in Whitesburg. She was the widow of CWO4 Ralph L. Adkins Sr., USN, and was a sister of the late John Palumbo Jr., Mae Palumbo Cox, Guy Palumbo, and Ralph Palumbo.