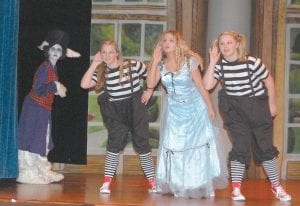 In photo second from top are (from left) Abby Frazier as the Mad Hatter; Aaron Thomas as the cat; Bayley Yamusah as the dodo bird; Jacob Kiser as the dog; Dustyn Reinstetle as the cataerpillar; and Marissa Pack as the mouse. 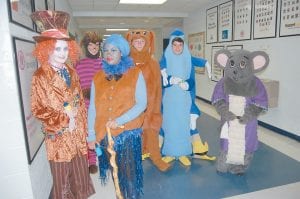 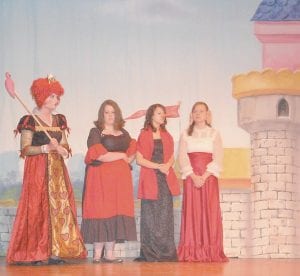 Kelly Adams (left) played the role of the Red Queen. Members of her court were Alexis Gillenwater, Ashley Collier and Amber Crawford. 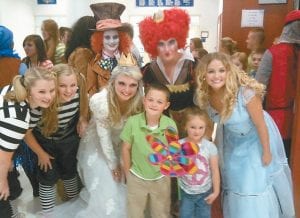 Braydon Burton and his sister Jade Burton posed for a photo with members of the “Alice in Wonderland” cast on May 23 at Letcher County Central High School. Pictured from left are Cassidy Breeding as Tweedledum; Kennedy Breeding as Tweedledee; Ashley Benton as the White Queen; Abby Frazier as the Mad Hatter; Braydon Burton; Jade Burton; Kelly Adams as the Red Queen; and Sara Baker as Alice.