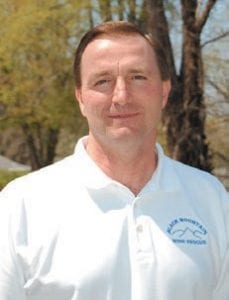 When Richard Gilliam closed a deal to sell his Cumberland Resources coal company to Massey Energy on Monday, Gilliam wasn’t the only person who made money from the deal.

In an unusual showing of philanthropy in any industry, Gilliam decided to share $80 million of the proceeds he is getting from his huge deal with Massey with each of his 1,200 workers in eastern Kentucky and southwestern Virginia.

Ross Kegan, vice president of operations for Black Mountain Resources, told the Tri-City News of Cumberland this week that Gilliam gave each of his now-former employees a cash bonus of at least $4,300, plus a contribution to each employee’s retirement or 401k plan or an amount ranging from a minimum of $13,000 to well over $20,000.

“Richard Gilliam’s display of generosity is unprecedented in the business world,” Kegan, of Jenkins, told Tri-City News reporter Faith Clark. “Coal operators are sometimes accused of taking the money and the coal out of the hills and leaving. Richard Gilliam has set a legacy of the opposite by paying it forward.”

Kegan said the bonuses and retirement/401k contributions applied to office and shop workers as well as miners. He said Gilliam made the contributions as a way to “express his gratitude” for their “dedication, hard work and commitment to the job” for Cumberland Resources and its subsidiaries including Black Mountain Resources, which has extensive operations in Letcher and Harlan counties.

Kegan said that if an employee had worked for Cumberland Resources for only a day before the sale to Massey, the employee still got $4,300. Workers received an additional $4,300 for each year of service.

Asked about workers who didn’t have a retirement plan before the sale, Kegan told the Tri-City News, “If they did not have a 401, they do now.”

Mike Turner, an employee at Black Mountain Resources’ Panther mine for two years, told the Tri- City News, “I am grateful for the money we got Friday. Richard Gilliam wasn’t obligated to give us anything, but he did, and that speaks volumes for his character and appreciation for his employees.”

Another Black Mountain Resources employee, Stillhouse No. 1 miner Travis Ellis, said he is using the money to buy new furniture and to pay for repairs to his vehicle.

Stillhouse No. 1 miner Chris Smith, said, “I’m thinking about buying a motorcycle and maybe a few more ‘man things.’ It was really great what the company did for us, I’ve never had anything like this happen in all my years of working.”

Massey says the deal that closed Monday should increase its metallurgical coal sales amid growing demand from steelmakers.

Cumberland has about 416 million tons of coal reserves straddling the Kentucky Virginia border.

Massey says it paid $640 million in cash and more than 6.5 million shares of stock.

The deal comes as Massey faces an investigation of the April 5 explosion that killed 29 miners at its Upper Big Branch mine in West Virginia.

Massey says it’s upping production at other mines to replace the 1.6 million tons of metallurgical coal it expected from Upper Big Branch the rest of 2010.