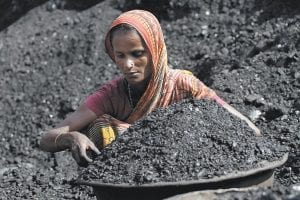 “They expressed interest in offering certain mines to us and we are looking at that,” chairman Partha Bhattacharyya told The Associated Press. “The discussions are continuing.”

He declined to discuss where the mines are located or what the deal value might be.

Coal India has budgeted $1.2 billion to buy assets in the U.S., Indonesia and Australia during the year ending March as it battles a widening gap between domestic coal supply and demand.

The company, which last month raised $3.4 billion in the nation’s biggest-ever initial public off ering, has near-monopoly control of India’s coal market.

Indian companies are increasingly turning to the U.S. to secure vital commodities to fuel the nation’s breakneck growth.

This year, Reliance Industries — India’s most valuable company by market value — bought stakes in three U.S. shale gas companies for a combined $3.4 billion, the largest Indian investment in the U.S. ever made.

In 2007, India’s Essar Group acquired Minnesota Steel and is investing over $1 billion to build two plants and run its iron ore mine near Nashwauk, in northern Minnesota. This March the company spent $600 million to acquire Trinity Coal, a U.S. producer with mines in Kentucky and West Virginia.