Coal Men will mine alt-country, rock at concert here Saturday 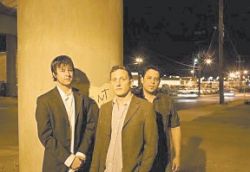 The Coal Men, and alternative country and roots rock band from Nashville, Tenn., will perform at Summit City in Whitesburg on Saturday. At left is the cover photograph of the band’s new album, “Kids With Songs.”

The Coal Men, of Nashville, Tenn., will perform in concert Saturday (Aug. 8) at Summit City in Whitesburg. Showtime is 9 p.m. Admission at the door is $7.

release of their new album, Kids

With Songs, which includes the song “Farther Find Me Now,” which is selling steadily on iTunes and currently is in the top 50 at the Amazon.com after being featured on the July 28 episode of the Discovery Channel’s top rated show, “The Deadliest Catch.” 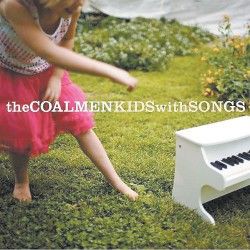 The new CD was just mailed to radio stations two weeks ago, but is already getting significant airplay.

“The Coal Men have risen from the ranks of Nashville up-andcomers to a spot as one of Music City’s strongest, nerviest rock acts,” critic Peter Cooper wrote in

“The Coal Men are one of my favorite Nashville bands,” critic Robert K. Oermann wrote in Music

The Coal Men’s music can be heard by visiting www.myspace.com/ thecoalmen.