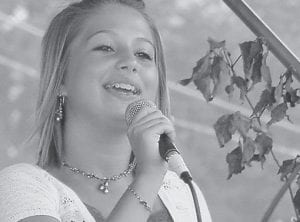 Area residents will have the rare opportunity to hear songs about coal mining from two different regions of North America when performers from central Appalachia and the Atlantic Coast of Canada take the stage at Letcher County Central High School next month.

Men of the Deeps, a choir of working and retired coal miners from the island of Cape Breton in Nova Scotia, Canada, and Music of Coal, featuring regional performers who appear on a widely-acclaimed collection of mining songs of the same name, will share the stage at the Letcher County Central Gymnasium on Tuesday, February 5.

The performance of Music of Coal, featuring veteran Roadside Theater performer Ron Short, young and gifted singer Molly Slemp, and the talented father and son duo of Rick and Chris Saenz, will begin at 6 p.m. Men of the Deeps, organized in 1966 in Cape Breton to preserve in song the rich culture and folklore of Cape Breton’s coalmining communities, will take the stage at 7 p.m.

Men of the Deeps have performed to enthusiastic audience all over the world, but rarely have they appeared before other coalfield audiences.

Short, Slemp, and the Saenzes will be performing “Redneck War,” “West Virginia Mine Disaster,” and other songs from the collection Music of Coal: Mining Songs from the Appalachian Coalfields, which has gotten much critical praise since its release this past fall. The two-CD collection breaks new ground musically and historically by producing one of the most complete histories of coalmining in song. The set features songs sung and written by coal-miners, their children and grandchildren. Many of the featured artists, ranging in ages 13 to 90, have lived through the events they sing about.

Tickets will be available at the door of the Letcher Central Gym. Persons wishing more information on the performance and ticket purchases may call the concert’s sponsor, Pro-Art Association in Wise, Va., at 1-276- 376-4520, or email proart@ uvawise.edu.

Men of the Deeps and Music of Coal are also scheduled to perform in Big Stone Gap, Va., on February 6. beginning at 6:30 p.m. at Mountain Empire Community College’s Goodloe Center.

Persons wishing more information about the purchase of Music of Coal: Mining Songs from the Appalachian Coalfields may call the Lonesome Pine Office on Youth at 1-276-523-5064 ext. 10, or by emailing info@lpoy.com.