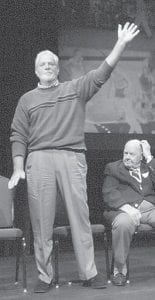 Arguably the finest high school player in the Commonwealth’s rich history, certainly so east of I-75, the King will be first among the first 16 inductees to the newlyformed Kentucky High School Basketball Hall of Fame this weekend in Elizabethtown.

Honorees to be celebrated at a banquet in the city’s community center include Geri Grigsby of McDowell, Clemette Haskins of Warren Central, Wallace “Wah Wah” Jones of Harlan, Cliff Hagan of Owensboro, Clem Haskins Durham/Taylor County, Wes Unseld of Senca, Jim McDaniels of Allen County, Darrell Griffith of Male, Rex Chapman of Apollo, Richie Farmer of Clay County, and coaches Roy Bowling of Laurel County and Bobby Keith of Clay County. Inducted posthumously will be Ralph Beard of Maile and coaches S.T. Roach of Dunbar and Ralph Carlisle of Lafayette.

Sidebar? Has to be King Kelly. He gets his day … again.

He already has a plaque alongside Muhammad Ali, Paul Hornung, Steve Cauthen, Wes Unseld, PeeWee Reese, John Unitas and a host of other Kentucky sports legends in the prestigious Kentucky Athletic Hall of Fame in Louisville.

The honor this week is another thumb in the eye for the KHSAA. When the governing body introduced its inaugural class to the Dawahare’s High School Sports Hall of Fame in 1988 the class of 26 included best of the best – minus one. Kelly Coleman.

Inexplicably, the KHSAA’s selection committee left off the pride of Wayland High School’s Wasps and the KHSAA’s first officially recognized Mr. Basketball in 1956.

Coleman earned his nickname but added enormously to state lore beyond borders of his home state. He had shattered or re-set scoring and rebound records from Wayland all the way to the Sweet 16. Some still stand, including the crown jewel 4,337 points — record not threatened in 56 years.

Justifiably wounded by being left off the first class list, the King vowed to never accept induction to the KHSAA Hall. The snub did more. It damaged the credibility of the KHSAA’s selection process and earned it the “it’s all politics” label.

• Seven inductees to the KHSBHF Hall joining Coleman in E’town were included in the KHSAA’s first class in 1988.

• As all HOFs are destined to do, the E’town-based basketball hall of fame will inherit legitimate questions about its selectors and processes from critics of its own. v Left off its inaugural class: 1948 Brewers High School, only unbeaten team in Kentucky history, 36 straight wins and the state title. v The prince of Cuba and the 1952 Cubs and Murray State legend Howard Crittenden. v College basketball Hall of Famer and NBA’s first Sixth Man, Frank Ramsey left out while teammate and fellow Hall of Famer Cliff Hagan goes in.

How will the KHSBHF avoid oversights and slights made by KHSAA? Executive director Rich Whorley declined to answer the question.

The book is Legacies of Kentucky Mountain Basketball. Photographed published by Harold Kelley of Glasgow its central theme is photographs of several long since closed small basketball gyms in eastern Kentucky.

Ones written about in this space as Gem Gyms.

Kelley said in an e-mail last week, “… (I) hope that folks who remember the glory days of high school basketball in Kentucky when the southeastern Kentucky mountain schools ruled the roost might be interested.”

More information about buying Legacies of Kentucky Mountain Basketball can be found at www.southland-images.com

Michael Kidd-Gilchrist officially signed a contract with Charlotte last week. A columnist in the city’s newspaper wrote about the impact the popular ex-Kentucky star could have on the Hornets: “… it wasn’t as if (the Hornets) quit. But they lacked a leader. Kidd- Gilchrist will be that leader. Yes, he will put up jump shots that entice innocent children to hide behind their parents. But if you watched him help push his Wildcats to the NCAA championship last season you can’t fathom him allowing his team to go quietly.”

Calling it a taboo subject, former Olympics 200 and 400 meter champion Michael Johnson weighed in anyway, his opinion on rising dominance by “Afro- Caribbean and Afro-American in athletics.”

“It’s impossible to think that being descended from slaves hasn’t left an imprint through the generations. … I believe there is a superior gene in us.”

History repeats itself. Johnson’s remarks last week caused not a ripple with media nor condemnation from civil rights leaders is peculiar.

Those of us old enough to remember January 17, 1988 know it was a day when Jimmy “The Greek” Snyder, after apologizing profusely, was fired by CBS Sports for making virtually the same observations.

Jimmy The Greek died eight years later. Friends said cause of death was a broken heart.