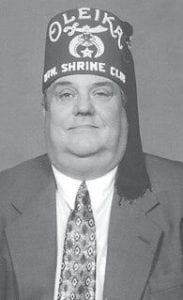 A son of the late Dishman and Mae Caudill Collins, he was born in Letcher County. He died May 23 at Whitesburg Appalachian Regional Hospital.

He was the widower of Deloris Collins, and a veteran of the U.S. Army. He served two tours in Vietnam with the 75th Airborne Rangers L.R.R.P. ‘Currahees,’ and was a member of Whitesburg V.F.W. Post 5829, Whitesburg Masonic Lodge No. 754, Whitesburg American Legion Post No. 152, and the Oleika Temple Shrine.