Collins to teach in Bulgaria 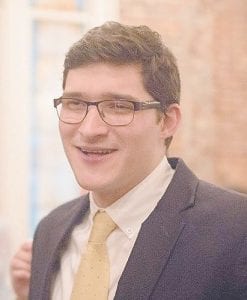 Lewis Collins is the recipient of a Fulbright English Teaching Assistantship in Razgrad, Bulgaria.

He will teach a Bulgarian high school English-language class at the Ekzarh Yosif language school in Razgrd Bulgaria. Collins credits early Christian historian David Michelson, with whom Collins worked on the Syriaca.org project, with deepening his interest in the religious history of the Balkans.

After completing the Fulbright assistantship, Collins plans to enroll in a doctoral program and later teach at the university level.

Collins is a recent graduate from Vanderbilt University with a masters of Theology. He is also a graduate of Centre College and The June Buchannan School. Collins served as a teaching assistant in Hyden with AmeriCorp.

He is the son of Sam and Marietta Collins of Thornton.