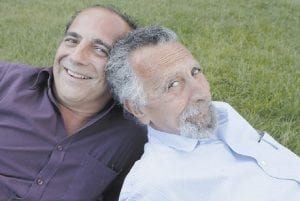 “Click and Clack Talk Cars” will continue as a newspaper column in The Mountain Eagle and other publications despite the death this week of co-author Tom Magliozzi.

Magliozzi, a Boston-area mechanic and MIT graduate who became an unlikely radio star as part of the brother duo that hosted “Car Talk,” one of public radio’s most popular shows ever, died Monday of complications from Alzheimer’s disease. He was 77 years old.

The weekly Bostonproduced program began airing in 1977 and became nationally-broadcast start- ing in 1987.

According to “Car Talk” executive producer Doug Berman, “NPR believes the guys’ humor and knowledge are timeless, and they plan to keep distributing the show as long as there are people who enjoy listening to it.”

“Ray has told us that he is sure his brother would want him to continue helping people with their car problems and making them laugh. Therefore, he will continue to write ‘Click and Clack Talk Cars,’ and, as a tribute to his brother, he will keep it in the same format.”

Strange BUT TRUESPEAKING OF SOAPSFighting back against rising grocery prices