Compton chosen for trip to Germany 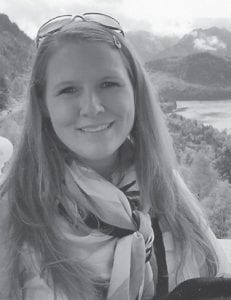 Dr. Renae Compton has returned from a 12-day trip to GarmischPartenkirchen, German.

She was selected to be part of an international group of music teachers to develop music standards for the Department of Defense Education Activity.

She specializes in cooperative learning for performing ensembles and her dissertation on the subject has been downloaded more than 300 times since its completion in 2014. Dr. Compton has presented at state and national music education conferences and was recently chosen to present her research at an international music conference.

She is the daughter of Ann Compton of Whitesburg and the late Charles Compton, Neon. Her grandparents are the late Elisha and Lorena Rogers, Whitesburg, and Morgan and Margarett Compton, Neon.