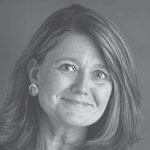 Last week marked the 100th anniversary of the fire that killed 146 workers, most of them women and girls, at the Triangle Shirtwaist Co. in New York.

As conservative lawmakers across the country attempt to infect the electorate with anti-union fever, the anniversary is a timely reminder of the early role women played in America’s labor movement and how all of us continue to benefit from the lessons of that tragic fire on March 25, 1911.

Many women committed heroic acts leading up to the time of the fire. One of them was 23-yearold Clara Lemlich, a Ukrainian immigrant and member of Local 25 of the International Ladies Garment Workers Union.

Months before the Triangle fire, Lemlich helped lead a walkout at another large garment factory. She paid her union dues the hard way: She was arrested more than a dozen times while picketing, and anti-union goons broke several of her ribs in a pathetic attempt to shut her up.

On Nov. 22, 1910, Lemlich joined thousands of other female factory workers for a meeting to consider an industrywide strike. At one point, she had finally had it with the “bureaucratic drone” of all the speeches by male labor leaders. She did not wait for the invitation to interrupt and speak her mind.

In his groundbreaking book, “There Is Power in a Union: The Epic Story of Labor in America,” Philip Dray describes what happened next.

Lemich, he writes, jumped to the stage and issued an ultimatum:

I am a working girl, one of those who are on strike against intolerable conditions. I have listened to all the speakers, and I have no further patience for talk. I am one who feels and suffers from the things pictured. What we are here for is to decide whether we shall or shall not strike. I offer a resolution that a general strike be declared — now.

The young woman’s clarity and courage brought the packed union hall to its feet. The next morning, tens of thousands of garment workers — men and women — walked off jobs that were imperiling their health and exploiting their labor.

After the strike ended several weeks later, one prominent factory refused to recognize the union or make many of the workplace changes it had demanded. A year later, that same factory — the Triangle Shirtwaist Co. — went up in flames. The two male owners were acquitted of manslaughter and used their large insurance award to go back into business.

Unions succeeded in making workplaces safer after the Triangle fire.

The Service Employees International Union has posted an infographic online (tinyurl.com/SEIU-fire) that offers a vivid tutorial on how the efforts of organized labor have benefited all workers.

— The fire at the Triangle factory quickly raged out of control because the employees had only a few buckets of water sitting on the floor.

Today, if you work in a building where more than 50 people are employed, you should be able to spot overhead sprinklers.

— The doors at the Triangle factory opened inward, making them virtually impossible to pry open in the crush of panicked workers.

Today doors open in the direction of travel, which helps to prevent bottlenecks in an emergency, when seconds count.

— The Triangle factory was designed in such a way that neither the exit stairways nor the fire escape could withstand the crush of workers trying to escape. The main stairway was soon engulfed in flames; the fire escape buckled; and the elevators stopped working. The only remaining exit was locked, as always, because bosses searched every woman and girl at the end of the day to make sure no one was trying to take home thread or buttons. Also as always, none of the employees was able to unlock the door.

Today all buildings must have enough exits to accommodate occupants, and all exit doors must remain unlocked and easy to open.

Until recently, one of our daughters was an organizer for the SEIU.

And as the daughter of a union activist and now a longtime member of The Newspaper Guild Local 1/CWA, I am the direct beneficiary of organized labor.

If you ever have worked a 40- hour week or enjoyed overtime pay, paid sick leave, a paid vacation, employer-provided health care or safe working conditions, so are you.