Contributing writer to The Mountain Eagle, Everett B. Vanover succumbs at 91 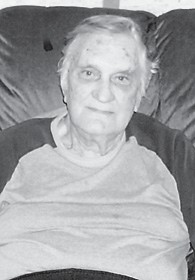 Born in Jenkins, he was a son of the late Randolph and Cinda Short Vanover.

Mr. Vanover played baseball for the Bud Blizzard traveling team in eastern Kentucky and western Virginia as a teenager before enlisting in the U.S. Army Air Corps in the mid 1940’s. He received his discharge a year later when it was found out he was underage. He reenlisted in 1947 at Langley Air Field, Virginia, with the Air/Sea Rescue when it had all enlisted pilots.

He met and married Estelle Mullins in 1947, and remained married for 60 years. They had eight children.

Mr. Vanover retired in December 1972 after 27 years in the military. He was a lifetime member of the Disabled American Veterans of Suisun, California.

He moved to Fairfield, California, to the same job he worked part-time in the 1950’ and 1960’s with Syar Industries as its sole printer. He worked for Syar for over 40 years all together.

Mr. Vanover enjoyed writing stories about his life and was a contributing writer to The Mountain Eagle, a newspaper in his hometown in Kentucky.

He was preceded in death by his wife, Estelle Mullins Vanover, and his daughter, Karen Vanover.

Services will be held at Fairfield Funeral Home at 11 a.m. on Thursday, September 17, and immediately following will be military honors at the Sacramento Valley National Cemetery.

In lieu of flowers, please make a donation to the Disabled American Veterans.