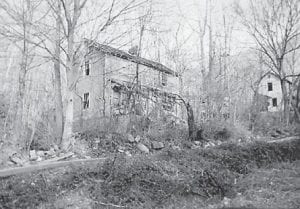 These pictures were sent in by Jenkins Councilman Terry Braddock to show conditions in Jenkins.

Jenkins is now contemplating a new tax of up to 3 percent on all employed incomes who now work within the city’s corporation limits.

Now the infrastructure of the City of Jenkins continues to rapidly decay. Roads are unkempt and our ditches have not been cleaned out in years. Pictures of this mess have been presented to The Mountain Eagle so everyone can see that the citizens of Jenkins are almost totally neglected with no hope in sight.

Jenkins collects enough property taxes and fees on water, sewer and garbage, which are sufficient to meet the city obligations, and if these funds are properly used to improve Jenkins our city could be a showplace in the mountains, “Jewel of the Mountains.”

There are no plans currently to complete one project in the city of Jenkins. This new income tax will be a reason for a business to close its doors and move outside of the Jenkins city limits. No one at the present time wants to put a business in the city because much of the disposable income per citizens has decreased so greatly by a large increase in water and sewer rates and the practice of overbilling. 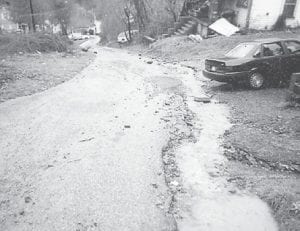 The new city income tax of 3 percent will destroy our town’s present business and send local residents looking at moving out to keep from paying such ungodly taxes.

I am asking for all citizens of Jenkins if possible to attend the city council meeting on the first Monday in April. We can all by working together stop this injustice. That’s why we have a democracy. Please be there to demand no new taxes.