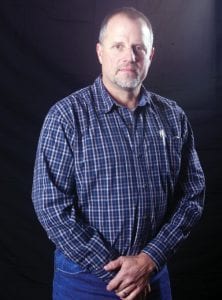 When Terry Adams picks up the gavel as county judge/executive on January 7, he will be the only remaining member of the current fiscal court, and he will be in a new job.

But Adams, who has served as District 2 magistrate for 12 of the past 16 years, has some definite ideas about what needs to be done to put the county government back on a sound financial footing. Number one, he says: Get control of the county’s garbage disposal costs.

In order to do that, he’s looking 170 miles south to Sevier County, Tenn., where the county recycles 60-70 percent of all of the waste produced in the tourist Meccas of Sevierville, Pigeon Forge, Gatlinburg and The Great Smoky Mountains National Park.

“From what they told me down there, it’s real easy to get 60 percent of a bag of garbage recycled,” Adams said. “If you’re taking that weight out of the trash stream, that’s a big savings.”

“Every pound you take out, is money saved,” he said.

Adams said he has visited the Sevierville facility twice to see how it operates and to see if a system like it can be built here. He said it will be expensive, but if the county can find the money to build it, it will be worth the expense.

The Sevier County system works by digesting garbage in revolving cylinders, a process that turns most trash into rich, black compost for farmers.

“They feed that trash in, and it takes three or four days to go through the digester, and at the end of that time, all the organic material is broken down,” he said.

That end product is sifted, and plastics, glass and metals are separated and sold for recycling. Organic materials — food, paper, cardboard, and lawn waste — break down into compost that is given to farmers. The problem in Sevierville, Adams said, is that there is more compost than Sevier County can get rid of.

“I see that as great top soil,” Adams said. “If it is applied to strip job land, it makes it farmland.”

Like other aspects of Adams’s plan for the county, it might take a while to develop. He said votes by the current court at its last regular meeting will take a big bite out of the budget. The court voted to increase employee wages by $2 per hour, pay constable expenses, pay deputy coroners $300 a month, and pay retirement and health insurance for the sheriff ’s department.

“The outgoing court has kind of crippled us financially,” he said. “We might have to revisit some of that.”

“I think the county defi- nitely needs an economic development director,” he said. “That’s not something I’m going to jump into right away, but I want to do that.”

Asked if he sees economic development as industrial recruitment, small business development or tourism, Adams said he hopes to help improve all of those areas.

He said he also wants to continue building water lines throughout the county. While he said he’d like to see sewers built, too, “it’s really expensive, and there are still a lot of people who don’t have water.”

Adams said he has met all of the incoming magistrates and thinks they can all work together, something that hasn’t always happened with the current fiscal court.

“I think the court as a whole is going to good things for the county,” Adams said.