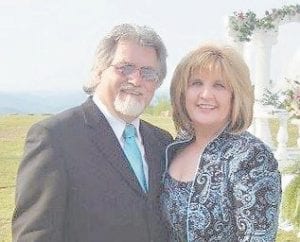 It’s so hard to believe it has been 18 years since the disaster of the tourist attacks on our country that took place on Sept. 11, 2001. I will never forget where I was and how we teachers learned what was going on outside our normal schoolday routines at Martha Jane Potter Elementary.

I was hired on Sept. 11, 2000 as a public school teacher for Letcher County. Martha Jane’s classrooms were overcapacity and so they were allotted money for what was considered the Clinton Teacher. Bill Clinton was the president at that time and so the reason for the name. I had a certain time that I went into each classroom and worked with the students or I pulled so many and worked with them wherever they could find an empty spot for us.

It was my lunchtime and so I stepped into Ms. Vickie Wampler’s room to speak with her because her students were also gone to lunch. When I went into her room, she was turning on the TV and asking me had I heard what was going on. I told her no and she said one of her students had been to the dentist this morning and just now came in and said something had happened in New York to some buildings. So, we stood there watching the special report about the planes flying into the buildings in disbelief. She said, “Now, what do we do? Do we just go on with the day or do we let them know what’s going on?” 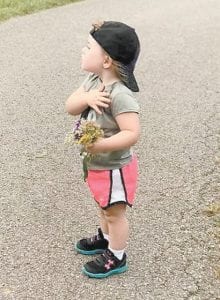 I had no idea what to do. My daughter was working as a beautician at my sister Charlene’s beauty salon, The Copper Comb. So, I called her to see if she had heard all that was going on. They, of course, had the TVs on and knew what was happening. She was scared to death and so was everyone else. My husband was working on a strip job and I had no idea how to get hold of him.

We, of course, finished out our school day, then left for home with all kinds of questions about how our world had changed in a split second. We came home and just sat and watched the news reports about not only the planes crashing in New York, but also the one that hit the Pentagon and the one that was diverted by passengers and crashed in Pennsylvania. We knew war was a big possibility that was now looming because of these tourists attacks and that was the scariest thing of all. 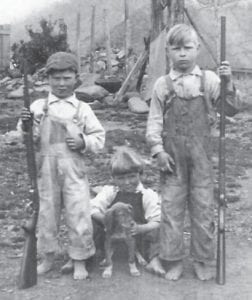 With all that being said, there was the sweetest and most precious ever picture posted on one of my good friends, Bob Smith’s, Facebook page. Bob’s son Kyle Smith and Kyle’s son Conner were at the Whitesburg Little League field practicing a little baseball. Bob, his daughter Ashley Smith and his granddaughter Hallie were walking past the flagpole. He stopped and put his hand over his heart and started saying the Pledge of Allegiance to the flag. Hallie just put her hand over her heart and stood there too. Bob said he didn’t even realize Ashley had taken this picture until she posted it.

This also reminded me of something my now 16- year- old grandson, Seth, said when he was about six. We were on our way to South Carolina and somebody in the vehicle said something about a decorative flag that was flying in someone’s yard. Seth said, “I sure hope we don’t see the American flag ‘cause if we do we have to stop and put our hands over our hearts and say something that is really long.”

I love looking at and hearing about the people in old pictures. There was a really good one that was posted on Facebook this past week by Brian Crisp. He is the nephew of Verdia Jo Champion and the late Omer Champion. Jo gave me permission to publish the picture. These are the conversations about the picture. Jo Champion- “My dad is on the left, pictured with two of his brothers. I was always fascinated with this picture. It was taken when my dad and his family lived near Cherokee, N.C. prior to the area being enclosed into the Smokey Mountain National Park. He often told of all the residents being offered what the U.S. government considered a fair value for their property, accept it or be forcibly removed. From the look of the area they lived in, I would have paid to get out! I once asked him about the high poles behind them, he said fencing had to be really high to keep animals out of their garden. I too could not believe the little boys with guns, apparently they all shot guns. Dad said anything that moved was game for food. He even said they had eaten robins and other birds, that there was not much to them, but that they were good. I sure loved to hear the old stories. I was in the area once with Dad and the brother who is standing. They were able to find the exact area where their house once stood by locating the stump of a massive chestnut tree and the remains of an old railroad trestle which once was over a ravine below where they lived. They also found the location of their old school. It was a fun experience to see and hear about the area, long ago reverted back to forest land.”

Brian Crisp – “This is one of my favorite pictures of my grandfather, Virdon Joseph Crisp (first on the left). This is before America lost any sense of reason — this is how to raise kids to take care of themselves rather than rely on the government. (Middle – Sherill Crisp, who died in World War II and buried in the Philippines, and right is Staton Crisp).

Jimmy Crisp – “Exactly how I was raised. I hunted with my dad at five years and by myself from seven. I had four rounds of ammo and I had better bring home four squirrels if I shot them all. They taught me values, respect for others’ property and the difference between life and death. We ate what I killed or we went without meat. Life was tough by today’s standards but good and I sincerely wish we could return to it.”

There was one special birthday I wanted to mention this week. The first one is one of my first cousins, James Earl Pennington, on Sept. 8. When I look at James I see God’s grace. James is a walking testimony of what God can do in somebody’s life.

We are so excited about the news of what is going to take place at the old Marlowe Coal Camp site. We think Oma Hatton would have loved knowing this special place is going to be used for something again. I know Mommy sure is happy about it. If you don’t know what I’m talking about I’m sure you will read about it elsewhere in the paper this week.

Speaking of Oma, remember to be in church this Sunday and Sunday night and throughout the week if your church has services then. Also remember to pray for all those that have lost loved ones, especially our pastor Bill Jones and his whole family.