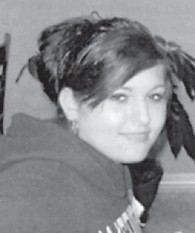 A daughter of Tammy Brooks of Morristown, Tenn., and Hershel Ray Brooks, Jr., of Coeburn, Va., she was a granddaughter of the late Hershel “Buddy” Brooks, Sr.