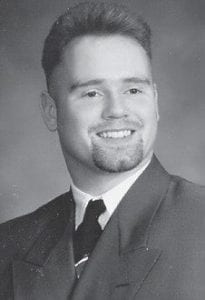 A son of Jimmie Crider of Red House, W.Va., and Frances Jean Anderson Parrish of Clendenin, W.Va., he died December 13.

Crider was employed by Champs American in Chapel Hill. He was a 2005 graduate of West Virginia State College and attended Cedarville College. He attended the Chapel Hill Bible Church.