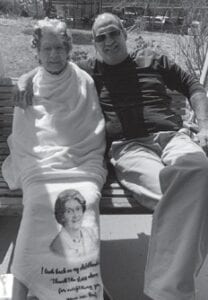 Dorothy Pennington Tacket and her only son Albert Tacket are pictured here with her gift from her friend Bertha Paige Dye.

Well, you could’ve floored Mommy last week when she received a package in the mail from her good Marlowe Coal Camp friend, Bertha Paige Dye. Just getting the package was a surprise, but when she opened it and found a beautiful throw with her own picture on it and a poem about her, she was tickled pink. My sister Delores Holbrook called Bertha to thank her, but Bertha wasn’t at home. So, Mommy wanted me to thank her here in the column. Bertha, you made her day, thank you!

My husband and I finally got to get away for the weekend. We had planned it in February but didn’t want to chance being away from our home when they were giving the ice storms and such. We went to Knoxville and were so happy to see all the fruit trees already bloomed out down there.

One thing that we didn’t like about the trip was the way all the restaurants were so crowded. There were just a few places that had dine-in open and so the drive-thrus were all very crowded. Chick Fil-A even had cops directing traffic through their parking lot to get in line. My husband cannot stand crowded places, so he said next time we planned a trip we were bringing our own food in a cooler. 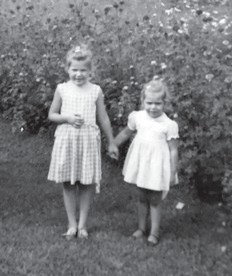 Kathy Carter Kilbourne with her sister Lisa Carter Hampton. Lisa celebrated her birthday on the 14th.

I saw this post on Facebook tonight and it hit the nail on the head. “The point is, how can YOU gain perspective on the things OTHER PEOPLE DO in rural areas, the things that you are so vehemently ‘AGAINST,’ when your view is obliterated by tall buildings, stop signs, overhead wires, vehicles, flashing lights, sirens and most importantly, a million other people doing exactly the same thing you are doing? Just saying . . .”

Needless to say, we were two happy campers when we came back into Kentucky.

Congratulations to Gavin Sexton, Southeast Student of the Month for March on the Whitesburg Campus. Gavin is the stepson of our nephew Josh Yonts and his mother is Martina Greene Yonts. He plans to pursue a degree in pharmacy. He says he chose Southeast because of its small class sizes and caring atmosphere. 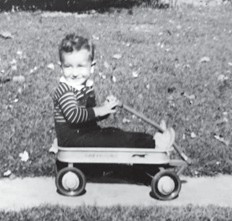 Richard Smith had a birthday on the 13th.

Congratulations also to Joby Johnson. He’s a senior at Letcher County Central and made the All-District team. He was also the LCC player of the game this past weekend.

Speaking of school, my grandkids are so happy they are back in school. I usually drive them to school in the mornings and then go on to the rec center. I asked my nineyear old granddaughter if they had to eat lunch in their room. She said, “Yes, but I don’t care as long as we get to go to school, I’ll gladly eat in the room.” Keep all the staff and the students in your prayers for their continued health through the danger of this virus.

It was so good to get to talk to Duane Yonts at the rec center Monday morning. He is my husband’s second cousin, I think that’s right. I was hoping to also get to see other friends that are there frequently. Maxine Quillen, Billy Hatton, Earle Bone, and Jack Burkich, I missed you all this morning. It was good to see Debbie Baker and Carmen still keeping the fires going with the Letcher County Senior Citizen program. I would love to see the group able to use this facility again. 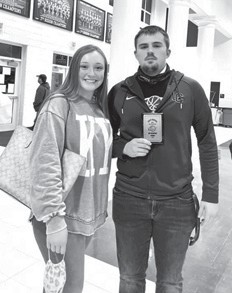 Kyra Brooke Johnson and her cousin Joby Johnson. Congratulations to Joby for making the All-District team.

Birthday wishes this week go out to Michelle Webb and Lisa Carter Hampton on the 12th, Richard Smith and Gertrude Maggard on the 13th, Vanessa Hurt Vanover on the 14th, Kim Breeding, Wendy Madden Rutherford, Donna Mason, and Nina Jarrett Craft on the 15th, Brenda Joseph and Linda Webb on the 17th.

Prayer requests that are urgent are Betty Frazier’s son Orville Sturgill, Brenda Cupps with stomach cancer, Zachary Pease, Darlene Pettibone’s husband Ron, and my friend Sara Turner’s mom, Pam Childers. Pam is having lots of nausea associated with chemo. Also remember our pastor, Bill Jones, and his family and all others that are mourning the loss of loved ones.

Please try to be in church as much as you can. These days it’s the only thing that makes sense. 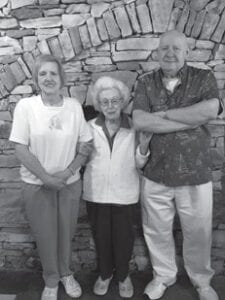 Nina Craft celebrated her birthday on the 15th. This picture is of her sister Linda Jarrett, Nina herself, and her brother Bill Jarrett.