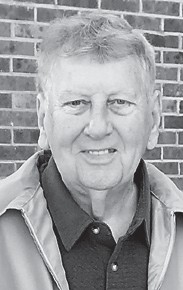 Funeral services for Curtis Delano King, 82, of Isom, were held March 15 at the Neon First Church of Christ. Burial was in the Guy Holbrook Cemetery at Neon.

Born in Millstone to the late Jake C. King and Clementine Partin King, he died March 11.

Mr. King was a lifelong resident of Letcher County, and was a skilled automotive mechanic and autobody expert. He was an instructor of auto mechanics, autobody repair and restoration for more than 20 years at Letcher County Area Vocational School.

Mr. King was the widower of Sue King, and the father of the late Joe Curtis King.

He was also preceded in death by a sister, Lola Mae King Cohill, and brothers, Jake King, Jr., and William Franklin “Bill” King.